Home Macedonia Mickoski: I doubt that we will get a date for negotiations, unfortunately...

We have absolutely no information from the authorities about what is happening at the moment, whether the negotiations are going on, how those negotiations are being conducted and so on. The only information we have or information is those that are publicly available, which are practically official statements of European diplomats and the people who are in charge of the European integration process in Macedonia, by this I mean Zoran Zaev, Bujar Osmani and Nikola Dimitrov, VMRO-DPMNE leader Hristijan Mickoski told Roma News.

Mickoski stressed that he is not optimistic that Macedonia will receive a date for the start of negotiations with the European Union, adding that he bases this on messages from diplomats in Brussels that there is no positive response from all EU member states.

“From what I see, I’m more pessimistic at the moment than optimistic that now at the end of June with the end of the Portuguese Presidency, we will get the date I would say for the first intergovernmental conference. Because the message from the diplomats in Brussels is clear that at this moment there is no positive response from all EU member states, and there decisions are made by consensus,” said Mickoski.

Mickoski pointed out that by opening the Pandora’s box and trading the national and state interests, Zaev actually toppled the country’s negotiating positions.

“The first thing is when Zoran Zaev opened the Pandora’s box and when he decided at the expense of national interests, state interests to trade, to bargain with our neighbors thinking that in that way he would unblock the European integration path, he was not aware that in that way destroys all the negotiating positions that have been created for years and that once you open the Pandora’s box it will be very difficult to close that Pandora’s box and that the demands of the interlocutor will be practically endless, because you want to be where your interlocutor is, added Mickoski. 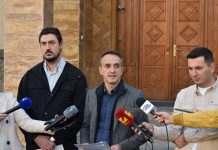 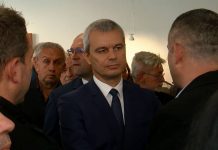 Politicians like Kostadinov are not welcome in this country, PM Kovachevski says