Home Macedonia Brazil’s intelligence reveals one of the main mobsters with a Macedonian passport... 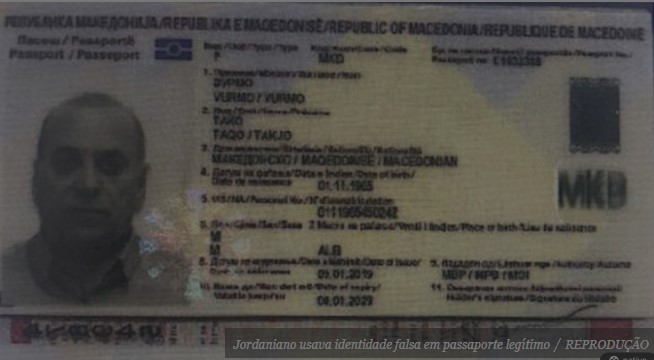 An investigative journalistic team from Brazil reveals that one of the 215 biggest criminals who received Macedonian passports through Oliver Spasovski’s Ministry of Interior is wanted by Brazil for trafficking 8 tons of cocaine, reports “Noticias”.

In its story, the Investigative Reporting Center on TV Record, among other striking data, reveals that the 59-year-old Jordanian Valid Isa Hmais owns a Macedonian passport and is in prison in Turkey.

Isa Hmais, who has been identified by Brazilian and European authorities as a key player in Brazil for coordinating between the PCC (First Capital Command) and mafia groups in Italy and Eastern Europe, has been in prison since July 22, 2020 in Turkey.

The Brazilian government is now seeking his extradition. If the request is accepted, the Jordanian can reveal valuable details about the actions of criminal organizations from around the world on Brazil’s territory.

As of July 5, 2017, he has been imprisoned in Brazil for international drug trafficking and criminal organization. Although the extradition request was made officially, there is an obstacle: There is no extradition agreement between Turkey and Brazil.