Home Macedonia Initiators start collecting signatures for a referendum against the education reforms as... 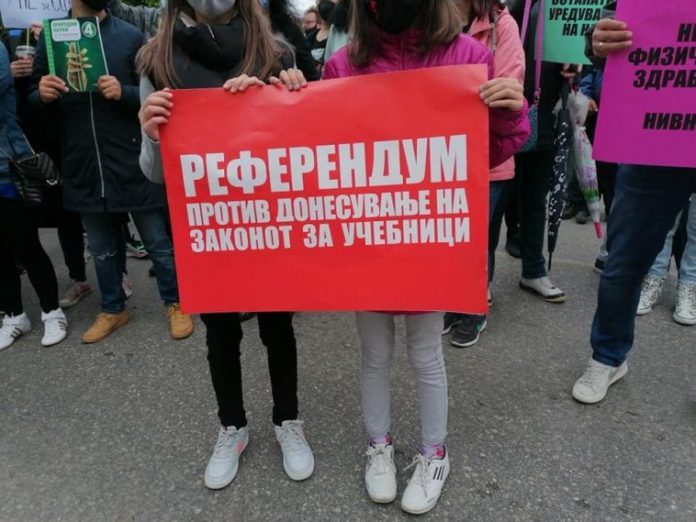 The citizens’ initiative “Textbooks and teaching must exist” through two regional units of the State Election Commission started collecting signatures for announcing a referendum against digitalization at the state level.

“The SEC accepted our request, and the collection of signatures has already started and is ongoing”, coordinator of this initiative Dragana Spasevska told Sloboden Pechat, adding that in the meantime, i.e. Wednesday, protests against digitalization will continue throughout Macedonia.

According to Spasevska, all other regional units of the SEC will be opened in the next phase, when they expect a positive outcome from the Parliament.