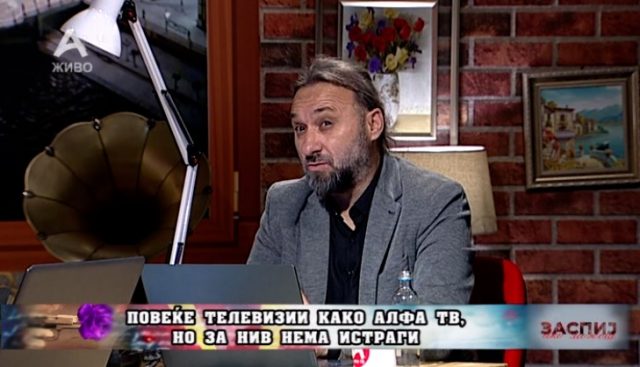 Alfa TV manager JaniBojadzi in a TV interview talked about the intrusion that took place a few days ago at the premises of Alfa TV and pointed out that since he was the manager of this Television, the pressure from state institutions has not stopped.

“I have been the manager of this television about 17-18 months and since I have been there, the pressures by the state institutions have not stopped. Last year we had two investigations by the Public Revenue Office, also since I am the director we have submitted two final accounts, we have made two audits and we have not had any remarks. In the end I think that Alfa TV was the only national television that last year showed a profit and we paid a proper tax for it, we also pay all other regular taxes, we work according to the law. Two months ago we had the financial police that had to investigate our financial operations. We are not a retail company that sells or buys something every day, so if we have it, I do not know how much volume of financial operations on a daily basis.” Said Bojadzi.