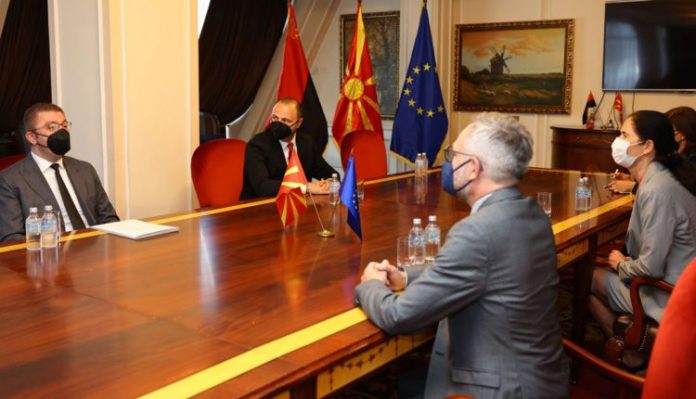 VMRO-DPMNE leader Hristijan Mickoski met with Germany’s Minister of State for Europe Michael Roth on Thursday to discuss latest political developments and “the undemocratic behavior of the government,” according to the VMRO-DPMNE’s press release.

Mickoski thanked Roth for Germany’s support in the country’s European integration processes, noting that bilateral cooperation should be strengthened even more in the future.

“Regarding the upcoming EU summit, Mickoski said Macedonia deserves to receive a date for starting negotiations,” the VMRO-DPMNE release adds.