Home Macedonia The Portuguese proposal is an “excellent starting point” for reaching an agreement... 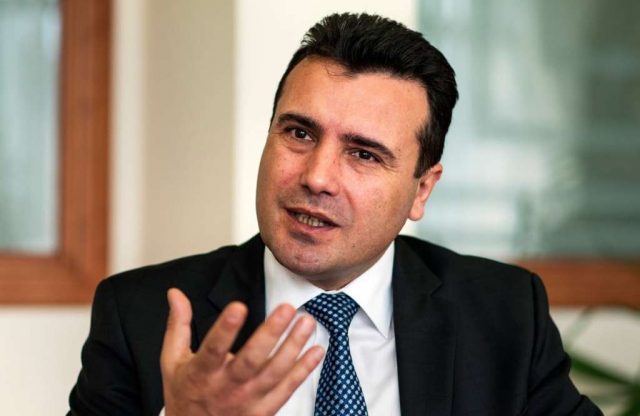 Prime Minister ZoranZaev said on Thursday that the Portuguese proposal for Macedonia is an excellent starting point for reaching an agreement with Bulgaria and that he is satisfied with the creativity of the Portuguese presidency to find a solution between the two countries in order to hold the first intergovernmental conference by the end of June.

Zaev, however, says expectations should be grounded, as Bulgaria still has a technical government.

The PM did not reveal more details about the Portuguese non-paper, said that they should be careful in explaining the document itself, and that it was said that it is permissible to present to the public, expressing satisfaction with, as he said, the inventiveness and creativity of the Portuguese presidency .

“We are positively surprised by the Portuguese presidency, because it is not a country that is around the Western Balkans to be fully up to date. It is important that this team led by the Minister of Foreign Affairs of Portugal took care of both sides – the Macedonian and the Bulgarian side. It is also important that they took care of the Bulgarian position, which is really carefully secured and guaranteed. “It gives us hope that a step forward can be made,” Zaev said.