Home Macedonia The project for destruction of the Macedonian state with SDSM in power... 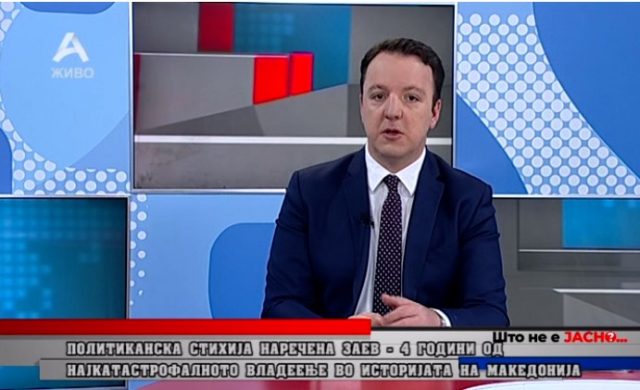 The four years of SDSM rule are only part of the project for destruction of the Macedonian state, in which everything is destroyed in every sphere, overthrow of the state from the foundation, said VMRO-DPMNE Vice President and MP AleksandarNikoloski in an interview with Alfa TV on Wednesday.

“During these past four years, everything has been destroyed not because there is national treason and everything else is flourishing, but the state is collapsing on all foundations, there is corruption like never before, they are destroying the state from the ground up, health care is dysfunctional like never before, education is completely destroyed, there is no infrastructure, not a kilometer of highway is built, not to mention railways and airports, sport is completely destroyed, agriculture is in free fall from tobacco growers through dairies to everything else plus national betrayals, and anyone who follows will realize that this is a project, that the destruction is not accidental, said Nikoloski.

“This is a battle that we must win as a generation, to remove them from power, to stabilize the state first, and then to build it, the only option is VMRO-DPMNE, everything else is a vote for SDSM, a vote for smaller political parties is vote for SDSM “, added Nikoloski.