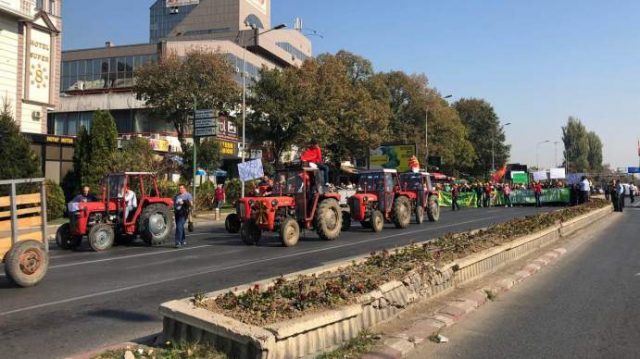 President of the Republic Commission for Agriculture, Forestry and Water Economy of VMRO-DPMNE CvetanTripunovski told Radio Lider in an interview that since SDSM came to power, agriculture in Macedonia went years back in its development.

Tripunoskiexplained that the work of the farmers is as never underestimated by this government.

“Farmers today are brought to a level that they don’t know how to survive. Brief analysis in Macedonia:  there are 30,000 tobacco farmers who are registered in the register in the Ministry of Agriculture when you multiply it by 4 members in the family we come to a number of 120,000 of our fellow citizens who live in this branch.”

“Last year, their work was underestimated by the SDSM government,” Tripunovski added.

Tripunovski also said that SDSM in the pre-election period promised many projects such as guaranteed redemption and timely subsidies but none of this was fulfilled. The President of the Commission for Agriculture, Forestry and Water Economy Tripunovski said that SDSM has no continuity in the policies in agriculture and that in the past four years serious damage has been done to agriculture and farmers in the country.