Home Macedonia Skopje mayor “stood up” by his party 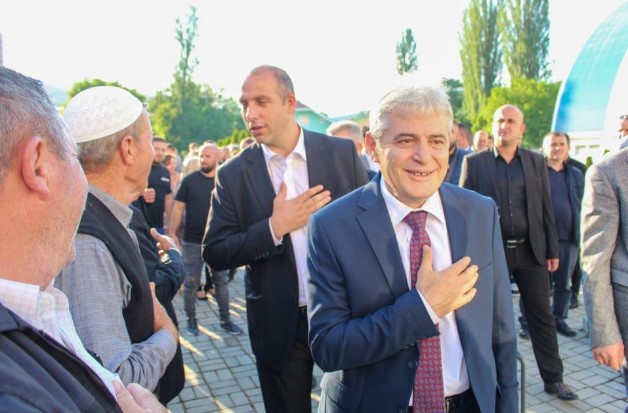 The leader of the Democratic Union for Integration (DUI) Ali Ahmeti announced a big surprise that he will share on June 5, when the day of the formation of the party is celebrated.

“On June 5, again, our family will come up with a platform that will initially be debatable and with big debates as it was debated for the first Albanian prime minister,” Ahmeti said in Lipkovo on Wednesday.

Speculations go so far that the surprise will be a joint Albanian candidate with the coalition partner in the government – SDSM for mayor of Skopje. This would mean that the current mayor of Skopje from the ranks of the Social Democrats, PetreShilegov, will not be able to achieve the ambition to be a candidate of the ruling coalition again.

DUI on Wednesday from Kumanovo’sLipkovo started the procedure for selection of candidates for mayors and councilors for local elections to be held in the second half of October this year.

In mid-May, Ahmeti’s party announced the surprise through green billboards that read “Something big is coming”. Similarly, on the eve of the parliamentary elections last year, DUI announced the proposal for the first Albanian Prime Minister through billboards under the slogan “Why not”.