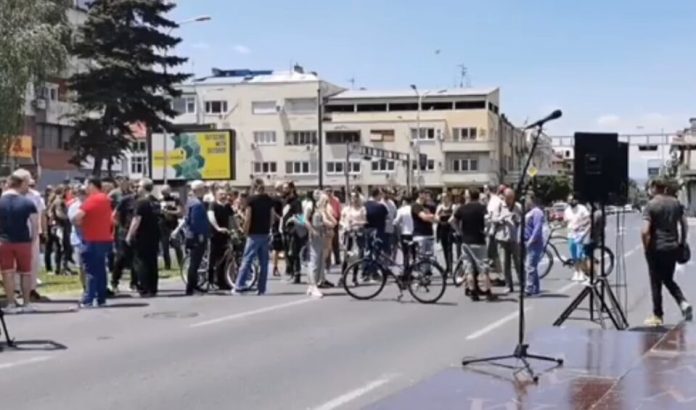 Macedonian musicians held a protest in front of the Government Friday and demanded that after 15 months all musicians be able to start working and the ban on live performances in hospitality facilities be lifted.

Petar Mladenovski of the Board of Directors of the Association of Musicians “Music Now”, known as Pece the front man of the “Superhiks” band said that the work should be allowed to all those who perform, not only at weddings, but also to all those who perform in restaurants and bars because, as he said, protocols already exist.

Mladenovski added that the Association has sent announcements, gave statements, had meetings, conversations, negotiations and added that they have submitted requests and protocols for safety at work for the musicians. According to him, so far a small part of their requests have been heard and respected and they expect to be allowed to work as soon as possible.