Home Macedonia Ahmeti: DUI had another agenda for 19 years, now it will surprise... 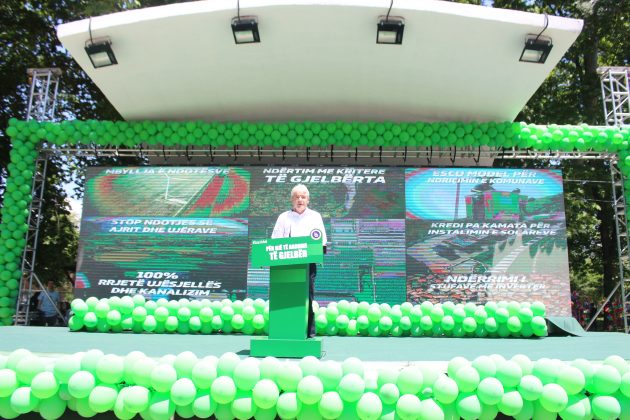 The Democratic Union for Integration (DUI) has all the capacities to deal with the platform of the green agenda and this issue should not be viewed with skepticism, because there will be funds for this both locally and internationally, said the leader Ali Ahmeti.

“We are not a movement, a static party. We are a party that is renewing, and we are renewing,” Ahmetitold TV21, adding that their first priority will be waste management, clean air and clean water.

According to him, these issues did not have a deserved treatment, although the ecology department was led by DUI representatives for several consecutive terms, which Ahmeti says they tried but there is room for criticism.

Ahmeti, in response to the question whether DUI will run in the local elections alone or in a coalition with SDSM, answered that the cooperation between the two parties is excellent, and that a coalition should be considered in the upcoming local elections.

“I don’t know, we need to see where our interests lie and where the interests of the citizens are. I think that our coalition with SDSM has been functioning well, in the past four years. Yes, it is worth considering a possible coalition. But we will have our lists of council members,” Ahmeti said.

Osmani: I will interrupt the diplomatic offensive to be in Skopje on Wednesday

The City of Skopje is 8.5 times more in debt than 4 years ago