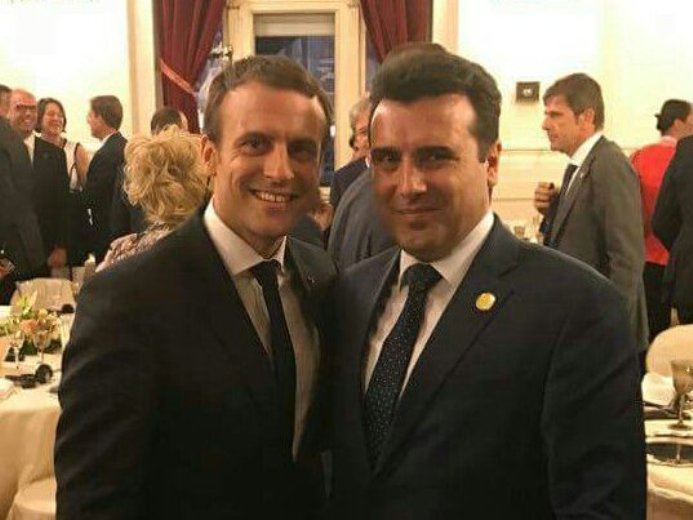 Your country deserves to start negotiating with the EU without delay, French President Emmanuel Macron told Prime Minister ZoranZaev at a meeting in Paris.

Referring to the EU decision on the opening of negotiations with North Macedonia and the conditions that had been met, Macron said it’s time to be turned into reality.

“It’s time the decision is implemented and we’ll work to find solution to the opening of negotiations. Your country deserves to open negotiations with the EU without delay,” Macron told reporters.

On his part, PM Zaev thanked Macron on behalf of the government and the citizens of North Macedonia for the support. He said that today’s meeting has enriched the countries’ friendly relations as they mark 28 years since the establishment of diplomatic relations.

“President Macron holds a special place in the development of Macedonian-French friendship with his public support of the Prespa Agreement. The summit of EU leaders is ahead this June, which is a real opportunity to make a step forward and for a solution to the blockade on our European path. Dialogue brings solution,” Zaev stated.

Writing on Facebook after his meeting with Macron, Zaev said he had “historically important working visit” after being invited by the French leader.

“I strongly believe France can be the driving force behind EU’s enlargement with the Western Balkans. To us, it’s very important that France has been supporting North Macedonia’s EU integration process with clearly set standards and without wasting time,” Zaev said on Facebook.