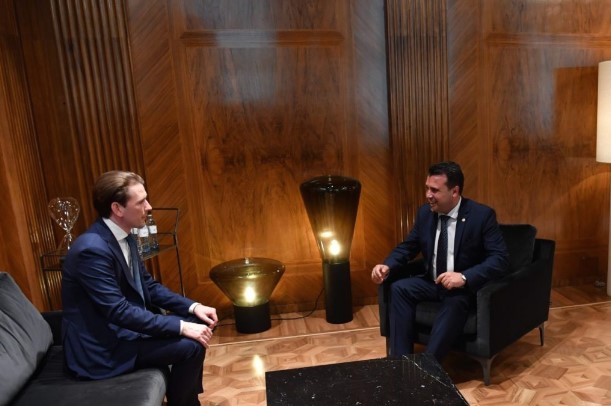 PM Zaev extended gratitude for Austria’s strong support to North Macedonia and to the European future of the entire region, and thanked Chancellor Kurz for his extraordinary and special engagement which motivates the citizens of the candidate countries to stay focused on the European goals, and at the same time encourages and reminds the member states to keep their promises to Western Balkan countries, the Government said in a press release.

“It’s high time that North Macedonia started EU accession negotiations and intensified its own and the regional Europeanization by opening the chapters through the process of negotiations, concluded, among other, the participants in the meeting,” reads the press release.

In addition, Zaev and Kurz expressed satisfaction with the visible growth of Austrian investments in North Macedonia, as well as the great interest in new economic cooperation and projects in the areas of renewable energy sources, infrastructure and health.