Home Macedonia Zaev sends a sharp message to the EU: Europe’s problem is the... 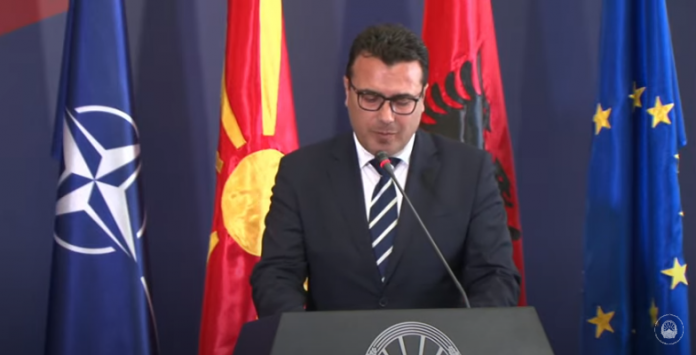 At a joint press conference with Albanian Prime Minister Edi Rama, Prime Minister Zoran Zaev criticized the EU for failing to prevent a blockade by Bulgaria.

“Zaev said that today Europe has a problem, and the problem is the EU itself. The big idea of ​​a united Europe has a problem. And the problem is the EU itself. Brussels told us that it had failed to find a way to ensure the well-deserved integration of the Western Balkans. Well, that’s the problem. The fact that 26 members fail to prevent a blockade by one member state is a problem of Europe caused by the EU itself. But we are not alone and we will not be isolated. The Macedonian and Albanian people have the same path, the same vision and the same values, and those are the European values. We are Europe whether the EU succeeds in removing the blockades or not. Our peoples and governments in the middle of the Balkans show European manners. We are here with Prime Minister Rama to announce that we will bring our nations even closer,” said Zaev.

“But it is also important and I understand that so many ministers are now publicly saying that this is an issue, a problem for the EU itself. In a way, this blockade does not only refer to the future of Macedonia in the EU, but also the future of the EU in the Western Balkans, we are together here. Either we will not succeed everywhere, including with our neighbors in Bulgaria, or we will all win. We did everything we could. We are open, we are honest and we believe that a European solution together with European values ​​is possible. When this happens we should be positively surprised. We have a responsibility to our people, to our peoples to protect it because when people go through a moment of hope and then get disappointed and it is repeated from June 18, 2018 every six months, it is not healthy for the nation,” said Dimitrov.