Home Macedonia The problem with Bulgaria was created by Zaev, claims the opposition 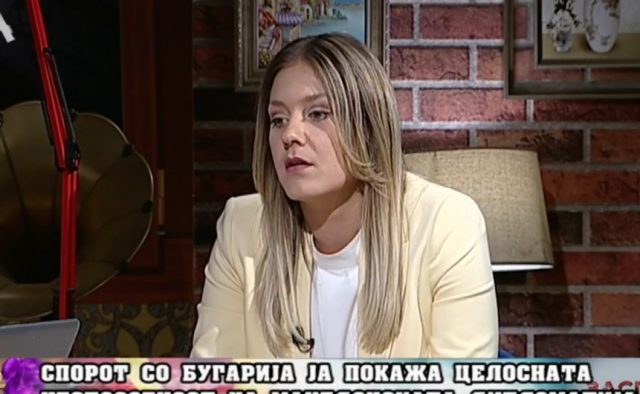 The problem with Bulgaria was created by Prime Minister ZoranZaev, i.e. that problem did not exist before the signing of the Good Neighborliness Treaty, which VMRO-DPMNE once warned about, said MarijaMiteva, spokesperson for the opposition party in an interview with Alfa TV.

“I am sorry that in the past years, in the past period as VMRO-DPMNE, we constantly seemed to predict what would happen and alerted that with Zaevthe path to the European Union is unattainable. No matter how much he tries to seek justification, to always point the finger at the other side and never at himself, we and the citizens of Macedonia are aware that the problem with Bulgaria was created by ZoranZaev and that that problem did not exist before the signing of this Treaty and that with Zaev’s rule, not only the treaty with Bulgaria but also the absolute lack of reforms in Macedonia was somehow unfortunately expected that we will not get the date for starting negotiations with the EU,” Miteva told Alfa TV.