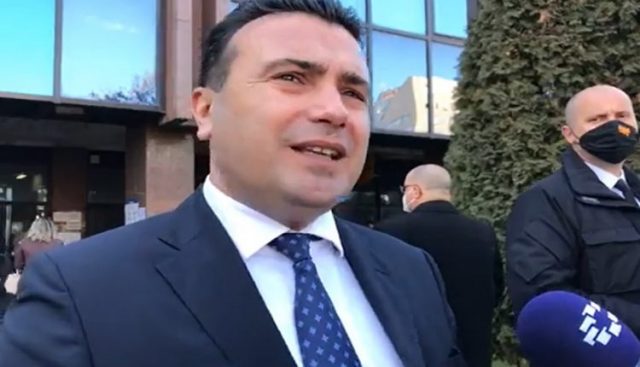 Zaev’s crisis tax of 4.13 denars per liter of fuel will permanently increase the price of fuels and thus the new duties imposed by Zoran Zaev and personally this wasteful government of SDSM for one liter of fuel will amount to 14 denars. That is money that Macedonian citizens must pay, no matter how low or high the price of oil on world stock exchanges, said VMRO-DPMNE spokesperson Dimche Arsovski.

“Exactly because of these new duties of Zoran Zaev and SDSM, Macedonian citizens pay enormously expensive fuels, and only in the last year gasoline from 50 denars per liter jumped to 71.5 denars, and diesel from 46 denars per liter jumped to 63 denars. And this is a fact that citizens say every day. There would not have been such a big increase in the price of fuels if it were not for the duties of Zoran Zaev and SDSM in the form of excises and taxes. So, I would like to clarify practically, if a family that has 1 car and consumes one tank of fuel per month, around 40 liters, with the increases imposed by Zoran Zaev, the same family now allocates an average of more than 600 per month for fuel denars from what he had previously paid. Let me just remind you that the broadcasting fee that Zoran Zaev abolished because it was expensive for the citizens cost 190 denars. Now it is the same 190 denars that Zoran Zaev abolished and takes three times this money from the citizens, and only one car, and there are families that have two cars each,” said Arsovski.

“This enormous increase in the price of fuels can only cause a price shock. All products and services in the production of which fuels play an important role are under attack. There is a danger and opportunity to increase all prices of transport traffic in Macedonia just because there is such a serious increase by Zoran Zaev. Here, too, more than half of the citizens who use public or any other transport are endangered,” said the VMRO-DPMNE spokesperson.