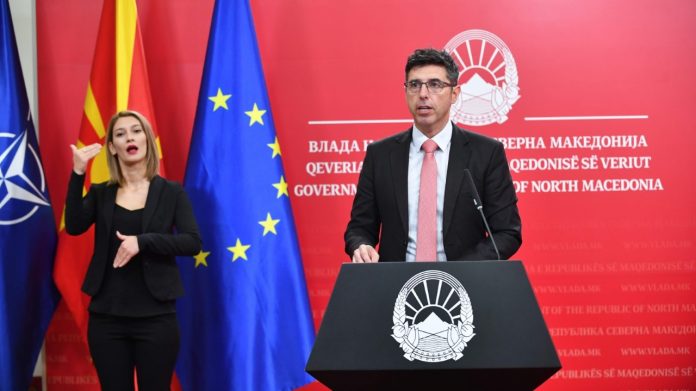 The Government’s positions on the Macedonian identity and the Macedonian language are well-known, continually reaffirmed and clear. The Government has said on every occasion there are no concessions in this regard. The identity red lines are clear both to the citizens and the international public, said Spokesman Dushko Arsovski on Wednesday.

Spokesman Arsovski was quizzed on the Government’s position over the proposal by coalition partner NSDP for a consultative referendum on talks with Bulgaria including the question ‘Should North Macedonia resume negotiations under Bulgaria’s requirements?’

Regarding the Government’s position on the VMRO-DPMNE resolution in the Bulgaria dispute, which SDSM has supported while DUI wants to be redrafted, Arsovski said the Parliament is the institution that discusses and decides on resolutions and similar documents or initiatives.