Home Macedonia AttorneyApostolski: There is evidence of involvement of the expelled Serbian intelligence officer... 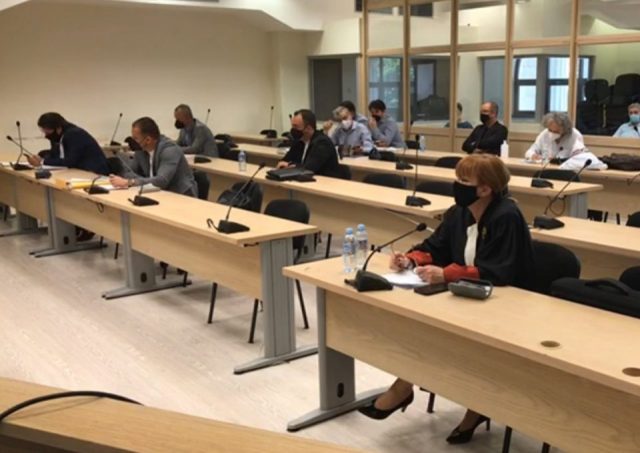 The former Security and Counterintelligence Directorate (UBK) contains evidence of the involvement of the immediately expelled Serbian intelligence officer GoranZivaljevic in the intrusion and riots in the Macedonian Parliament on April 27, 2017, said Antonio Apostolski, defense attorney of the former UBK chief in his closing arguments.

The verdict in the ‘Organizers of April 27’ case will be announced on July 26th by the Trial Chamber of the Skopje Basic Criminal Court, headed by Judge IlijaTrpkov.

Vladimir Atanasovski and the other defendants in the “Organizers of April 27” case should be acquitted because the Prosecution did not prove that they committed the crime they are charged with, demanded Antonio Apostolski, defense attorney of the defendant Vladimir Atanasov, former director, in his closing remarks to the Court Council.

Apostolski pointed out that none of the evidence on which the indictment is based and which were presented at the main hearingcannot determine the factual situation stated in it.

According to him, the indictment against Atanasovski is based on the statement of witness AleksandarVasilevski-Ninja.