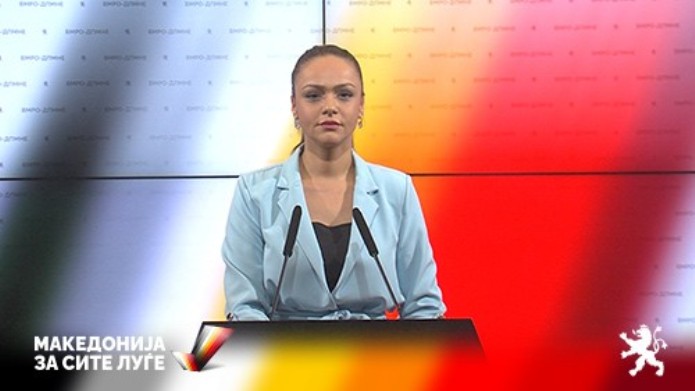 SDSM stands for gender equality only on paper – in reality it is completely different. In fact, it is a party of haters, people who harass employees and women. That this is so is proved by the decision of Zaev and SDSM candidate for mayor of Lozovo to propose the monster AcoVelkovski, incumbent mayor. The man had been mobbing for several months and abusing a woman who had previously been employed in the municipality for 14 years but as a result of the brutal torture, she had a miscarriage of her 7-month-old baby and was then fired, VMRO-DPMNE MP Eli Panova told a news conference today.

She urged the Parliamentary Club in the Assembly of the Republic of Macedonia to react and condemn the decision of the ruling SDSM for the candidacy of AcoVelkovski, as well as the non-governmental sector for human rights in the first place, the Helsinki Committee and Margini to condemn this act and demand responsibility.