Home Macedonia Slovenian EU presidency will do its best to resolve Skopje-Sofia issue, but... 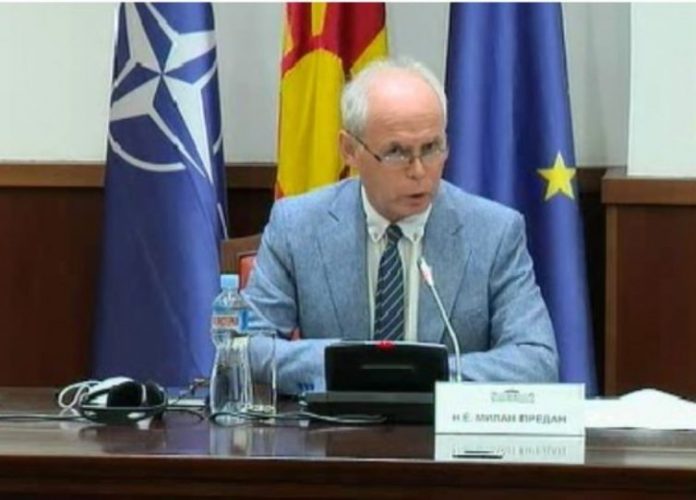 The Slovenian Presidency of the EU is very motivated to resolve the issue between North Macedonia and Bulgaria. There is already intensive communication between our presidency with Sofia, Brussels and other EU member states. We would like to get a clear picture of certain positions as soon as possible and we would not like to wait until December, but if possible to resolve this issue as soon as possible, Ambassador of Slovenia to North Macedonia Milan Predan said last Thursday.

“We cannot promise a political miracle, but what I can say is that we are extremely motivated to resolve the Skopje–Skopje issue. And we have the support of all 26 EU member states. It is in everyone’s interest to resolve this issue,” Predan said, adding that the Slovenian EU Presidency was already working on several possible approaches.

Asked if he could confirm that the Portuguese proposal protects the Macedonian identity and language, the Slovenian ambassador was emphatic in saying they were protected.

“Yes, they certainly are,” he said. “The document takes into account the interests of both parties. It absolutely respects your positions. It is an innovative proposal. I cannot go into details now — these are still internal documents being discussed — but rest assured, it certainly protects your interests and protects your red lines,” said Predan.