Home Macedonia Mickoski: Zaev and the ruling coalition once did not stand in defense... 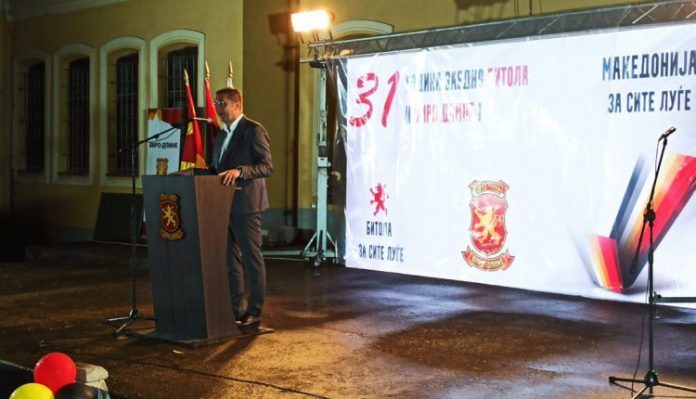 VMRO-DPMNE leader Hristijan Mickoski in Sunday’s statement in Bitola, regarding the non-acceptance of the proposed Resolution in the Parliament by the Albanian parties, said that Zoran Zaev and the coalition did not once defend the country’s national interests, and hopes that will find the courage to stand behind Macedonian interests and support the Resolution in the Parliament.

Mickoski says that for our neighbors there is no more desirable than Zoran Zaev, because what is in the interest of the Macedonian people for him is at the bottom of the scale of priorities, and always the first priority is the interests of our neighbors.

“I hope that on Thursday the Resolution will be part of the parliamentary debate and as it is without any changes, SDSM and Zoran Zaev will find the courage to support that Resolution in the name of the unity of the Macedonian people,” said Mickoski in Bitola.