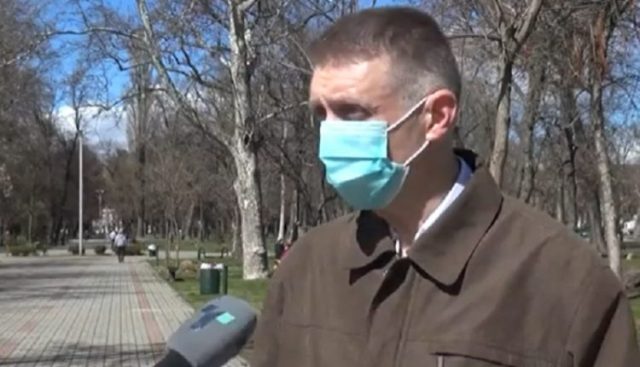 Sunday was the 500th day of the COVID-19 epidemic in Macedonia, according to the number of daily reports from the IPH Skopje. We left behind three dams and now we are at the beginning again, wrote Professor of theoretical mechanics DejanTrajkovski in his COVID-19 analysis on Facebook.

“After the sudden upward spike of the effective reproduction number Rt, which is a measure of virus transmissibility and a measure of the acceleration of the daily numbers of new cases (in the diagram in the first picture), we notice some decrease, but it is still above one, i.e. daily numbers continue to grow on average. This value of Rt is almost 90% higher than 0.70, the value we had before the arrival of the Delta strain in the country. This value is likely to decrease in the coming weeks and approach the unit, but it is unlikely to go below it, as the Delta strain will spill over into all municipalities, i.e. we will enter fall with a sufficient number of daily new cases when the autumn wave starts at the end of September or the beginning of October”, wrote Professor Trajkovski.

In the continuation of his presentation we notice that the minimum is behind us (we used to talk about maximums), even though Macedonia is still in the zone of sporadic infection, i.e. the first degree of risk of spreading the epidemic (according to ECDC), at the beginning of July in August the 14-day incidence will cut the level of 20 cases in 14 days per 100,000 inhabitants, which would enter the second, moderate degree of risk.