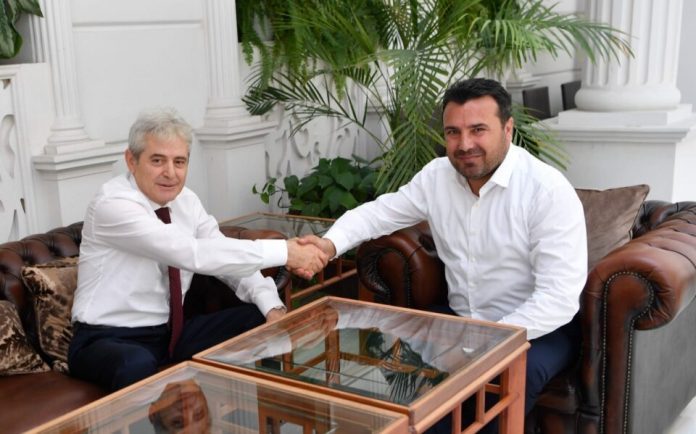 Prime Minister and SDSM leader Zoran Zaev wrote in a Facebook post on Thursday afternoon that he and DUI leader Ali Ahmeti have agreed that the two parties will cooperate at the upcoming local elections.

“We agreed that SDSM and DUI will run together at upcoming local elections. Our common goal is to include as many parties from the government coalition as possible in the pre-election coalition. The procedures for selection of the best candidates are underway – they will be people who know how and who are ready to give the best result for the citizens in every city, in every village, in every neighborhood. We will give our mutual support in the first round of the elections in some municipalities, and in other municipalities we will support each other in the second round,” reads Zaev’s Facebook post.