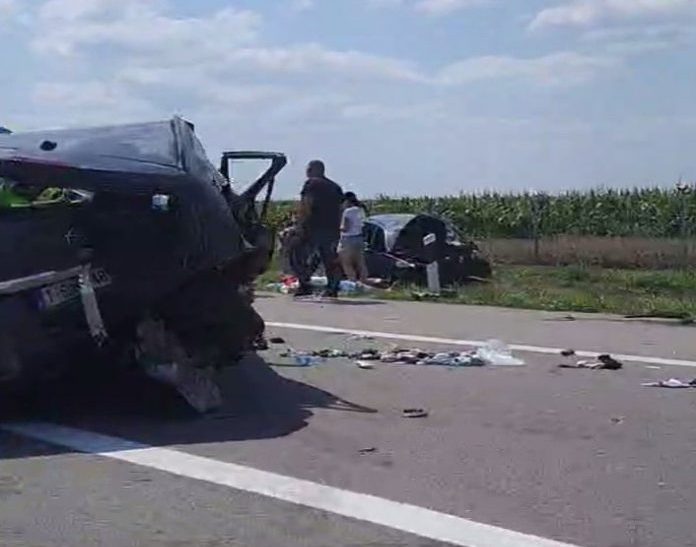 A serious traffic accident occurred on the Subotica – Novi Sad highway near the junction near BackaTopolain which two passenger vehicles were involved, and as many as nine people were injured, Serbian media report.

The Subotica police department says that nine injured people, participants in the traffic accident, were transported by ambulance to the hospitals in Vrbas and Subotica.

The collision of two vehicles occurred on the same traffic lane when one of the vehicles BMW with British license plates, probably due to unadjusted speed, crashed into the back right of the other Opel Zefira car with Belgian license plates, which was stopped on the lane for stop due to malfunction. After the collision, a vehicle overturned and stopped along the highway.