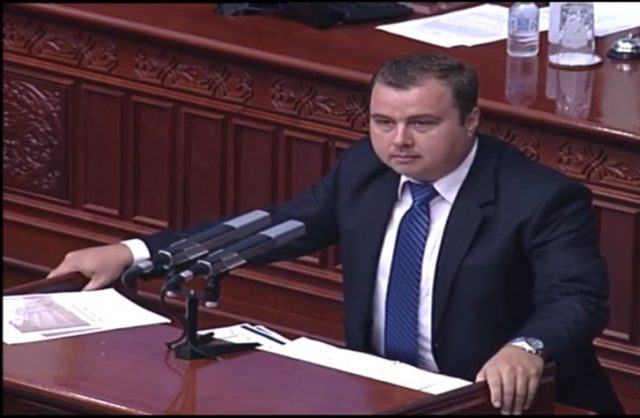 In just one year, the Government led by SDSM and DUI costs Macedonia 752 million euros, said opposition MP LjupchoPrendzov from the VMRO-DPMNE-led “Renewal of Macedonia” coalition at today’s Parliament session.

“752 million euros – that is how much the government led by DUI and SDSM cost the Republic of Macedonia. 752 million euros wasted in just one year. So don’t manipulate the citizens that you are repaying any loans, because this is all calculated”, said Prendzov.

The MP mocked the planned revenue side of the state coffers, noting that on the other hand, doubling the unproductive costs would create a big budget hole.