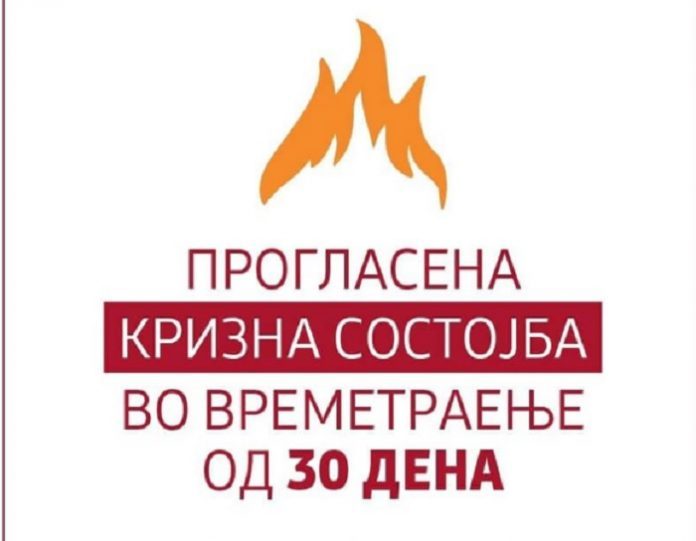 The government at its 95th session on Thursday decided to declare a 30-day nationwide state of crisis in response to ongoing wildfires outbreak across the country.

The steering committee for coordination and management of the Crisis Management System recommended the government declare nationwide state of crisis for 30 days. Members of the steering committee at a session Wednesday evening approved the proposal of the assessment group to determine a crisis situation on the territory of the entire country due to the increased occurrence of wildfires, the government said in a press release.

“The decision on the existence of a state of crisis on the territory of the Republic of North Macedonia due to wildfires outbreak and prevention of their spread for 30 days was passed given the need for rational use of national resources and coordinated action of all involved institutions, due to increased occurrence of wildfires and prevent fires from spreading,” reads the press release.