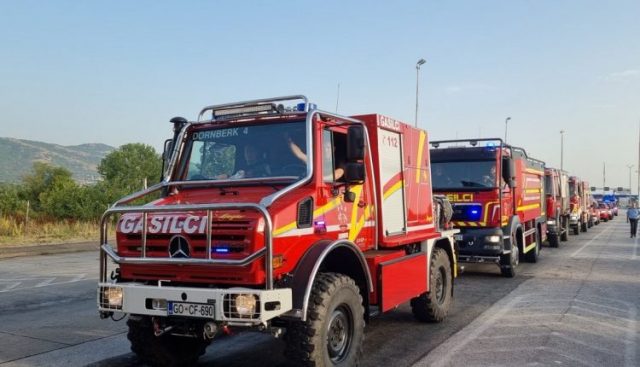 A convoy of the Slovenian Fire Protection Team, consisting of 45 people, command, IT experts, medical team, firefighters with 11 firefighting vehicles and transport vehicles, arrived at the Tabanovce border crossing a few hours ago.

The team from Slovenia in coordination with the Directorate for Protection and Rescue (SSO) was sent to Berovo where the firefighters will be deployed in critical areas affected by the fire.

The director of the SSO welcomed the convoy of the Fire Protection Team from Slovenia, which consists of 45 people, command, IT experts, medical team, firefighters with 11 fire trucks and transport vehicles. In coordination with the SSO, the convoy was sent to Berovo from where the firefighters will be deployed in the critical places covered by the fire, said the SSO.