Home Macedonia VMRO-DPMNE: Zaev and the ministers enjoy the beach, while the nation is... 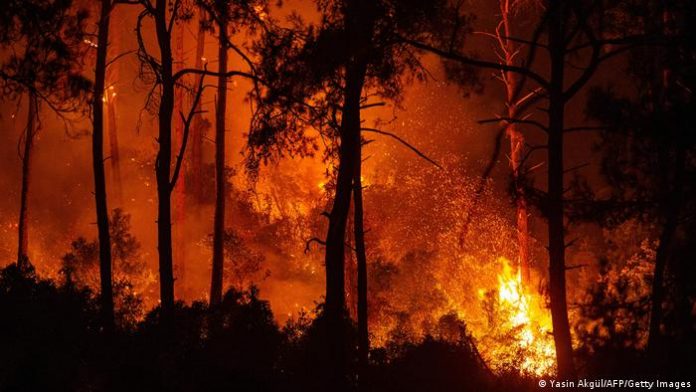 Macedonia is facing a catastrophe, villages and cities are endangered, thousands of hectares of forests are burning, lives and property of citizens are at risk, and Zaev and the ministers are on vacation, VMRO-DPMNE said on Friday.

“Zaev’s government is against its people, but is beyond embarrassing. The citizens are left alone to fight the fires, while half the Government, including Zaev, enjoy the beach. For three days there has been no trace from Zoran Zaev. His government is responsible for the firefighting planes rotting in hangars for two years. His government is to blame for the authorities not reacting in time before the fires escalated. Money is spent on furniture, official vehicles, higher fees and party employment, instead of renewing and strengthening the capacity that should protect citizens from fires,” said VMRO-DPMNE.