Home Macedonia Rotation of the Austrian firefighters – the tired sent home and new... 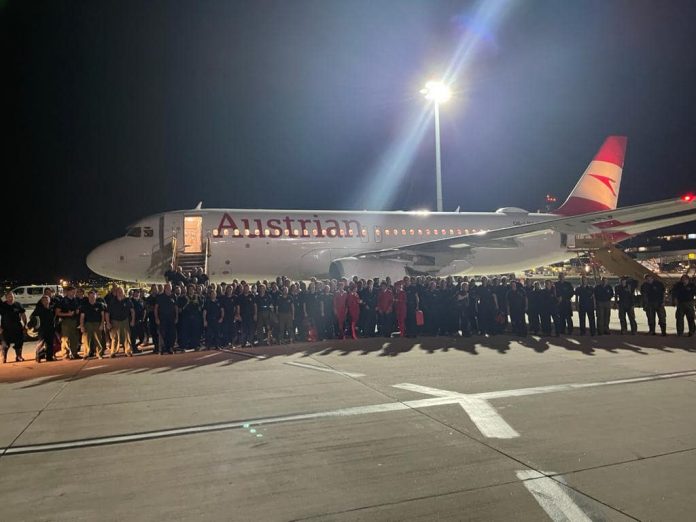 The Austrian firefighting teams are unstoppable – the exhausted 96 firefighters returned home to rest, and were replaced by 114 new ones who will fight the wildfires in Macedonia.

Austrian volunteer firefighters who put out the fires in Maleshevo were replaced at Vienna Airport last night. In place of the currently active 96, 114 new ones have been sent.

The quick replacement was made possible by the first people at the airport in Vienna and the Austrian national airline (Austrian Airlines), who transported the firefighters to and from Skopje by Airbus plane.

The Austrian teams arrived with 57 vehicles, and made a construction of a water pipe with a length of one kilometer and a construction of tanks with water of 30,000 liters with the help of members of the Army of the Republic of Macedonia.