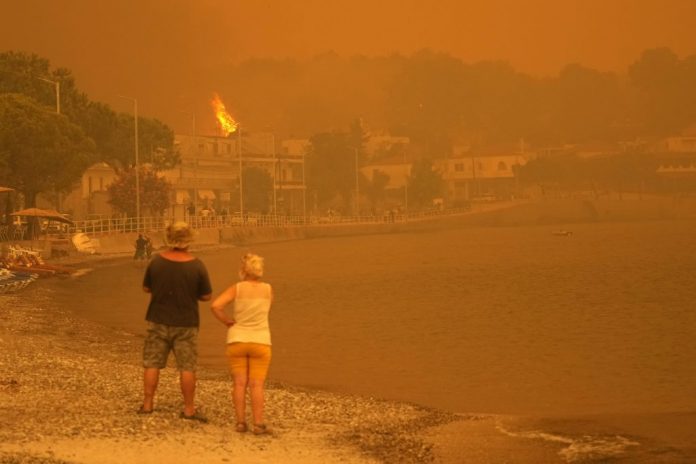 The Ministry of Foreign Affairs (MFA) has announced that last on August 8, 38 out of 39 Macedonian tourists left the the Greek island of Evia, which has been gripped by raging wildfires. One tourist has remained there, and he’s situated in the south part of the island where it’s safe.

“The Macedonia Embassy to Athens contacted some tour operators from North Macedonia that operate in Greece and had offered Evia arrangements. According to the information, on Sunday, August 8, there were 39 tourists from N. Macedonia. 38 have safely departed the island, going to different resorts or back to N. Macedonia because their arrangement ended, while one has remained in the south part which is currently safe. The Embassy has contacted the person, and there is currently no danger of fire in the part where they are situated,” the MFA says.