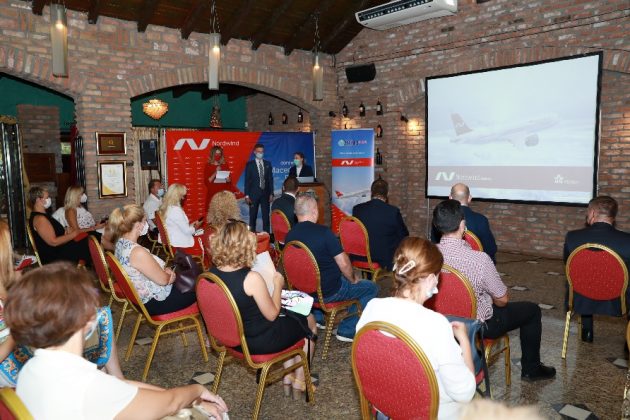 Nordwind Airlines, one of the largest Russian airlines, has announced that after a 20-year break, it intends to re-establish the connection between Ohrid and Moscow with a charter flight, operating twice a week.

The Agency for Promotion and Support of Tourism said in a press release on Thursday that Russian tourists are mainly interested in cultural and religious tourism, adding that interest in four-day, activity-packed holidays has been rising lately. Food and wine tourism is also highly attractive, as are active holidays.

According to the Agency, the establishment of the regular flight between Skopje and Moscow has facilitated cooperation in all areas, adding that it will also increase the minimum number of days Russian tourists spend in Macedonia from 2.2 to 4.

Moreover, it expressed hopes that the upward trend of incoming Russian tourists, which prior to the coronacrisis stood at 13% at annual level, will resume.