Home Macedonia Mickoski: It’s crazy that the Government doesn’t know how to solve the... 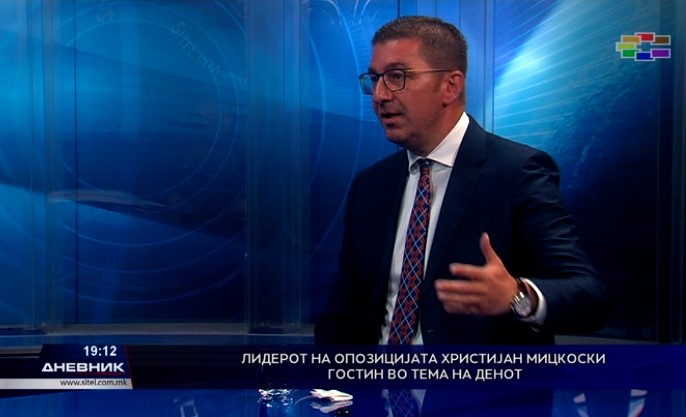 I’m amazed at how easily such a policy is proposed by the Government, given that the rich Scandinavian countries accept single-digit numbers of Afghans, some of the richer countries in the Balkans also accept single-digit numbers. I would really like to see greater solidarity and to see in action the European values ​​by the richer countries, said VMRO-DPMNE leader Hristijan Mickoski in an interview with Sitel TV.

“A small country like Macedonia, which is continuously blackmailed by the EU for entry, receives 7 to 10 times more refugees. I want to see the solidarity of the rich. When I see their solidarity, then we can talk about other things,” Mickoski said.

He pointed out that the Government is taking the wrong step.

“I think that the Government is making the wrong move, another nonsense that has no borders. Why, when the rich decided to accept a single-digit number of refugees, the Government, which cannot take care of its citizens, does this. For example, we have stupid measures for the corona, we do not know when it will start and how the school year due to the number of coronavirus cases, but the government decides to accept refugees,” said Mickoski.