Home Macedonia The vote for VMRO-DPMNE, which will lead the united opposition, is a... 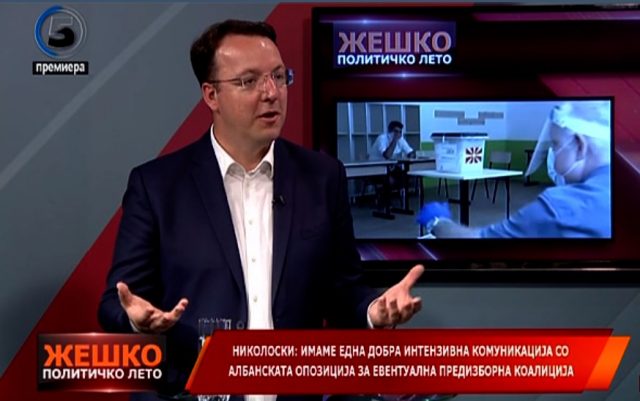 The vote for VMRO-DPMNE, which will lead the united opposition in the upcoming local elections, will be a vote to overthrow the current government, said VMRO-DPMNE Vice President Aleksandar Nikoloski, on Thursday during an interview with Kanal 5 TV, and called for unity around the concept of organized crime and corruption.

“The key that the political parties in Macedonia need to do is to unite around a single concept of fighting organized crime and corruption and changing this corrupt and incompetent government. For that, all the votes need to be in one place. Let us not forget that these are majority elections, that these are elections in which with one vote plus or minus a mayor is won or lost and for that it is necessary for all votes to be in one place. 100 votes for a smaller political party can mean a chance for ZoranZaev. Therefore, the vote for the united opposition, the vote for VMRO-DPMNE who will lead the united opposition is a vote for the overthrow of this Government “, said Nikoloski.

The vice president of the largest opposition party adds that the vote for smaller political parties that would remain outside the united opposition is actually a vote for ZoranZaev.