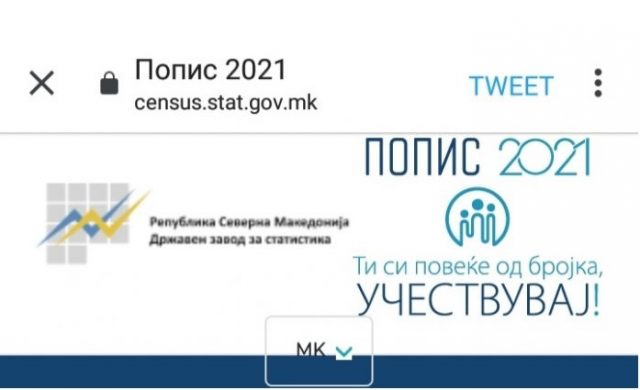 PM ZoranZaev said on Thursday that he doesn’t expect any issues to arise during the census. In regard to how situations involving citizens who will not allow inside unvaccinated census workers will he handled, he told reporters that they will be swapped out.

“We will try to be as flexible as we can. I talked to the Minister of Justice and the director of the State Statistical Office about where such issues may occur, so that we can swap out census workers and meet citizens’ demands and expectations,” the PM said.

Zaev added chances for such issues are small, because most of the census workers are vaccinated, as are over 50% of people over the age of 40.