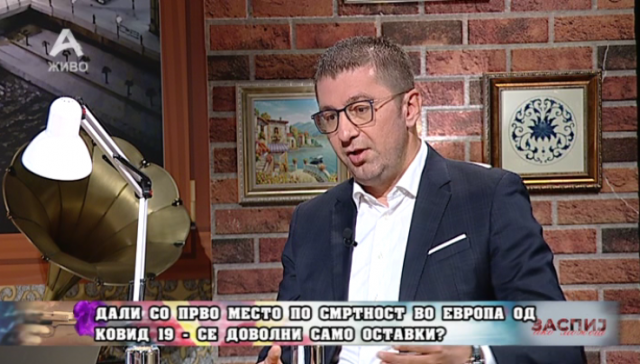 Regardless of the decision and the behavior of the leadership, I call on the supporters of Levicato support us in the municipalities where they do not have their own candidate.

In return, in the second round, where VMRO-DPMNE will not have its own candidate, I will call for the support of Levica’s candidates, leader of the largest opposition partyHristijanMickoski reiterated on social media on Thursday.

Earlier on Wednesday, during an interview with Alfa TV, Mickoski explained that his goal is to offer support to all political entities that identify as opposition in order to form a joint political bloc.