Home Macedonia Dimitrievski: The party talks of purge, but instead of the guiltiest, the... 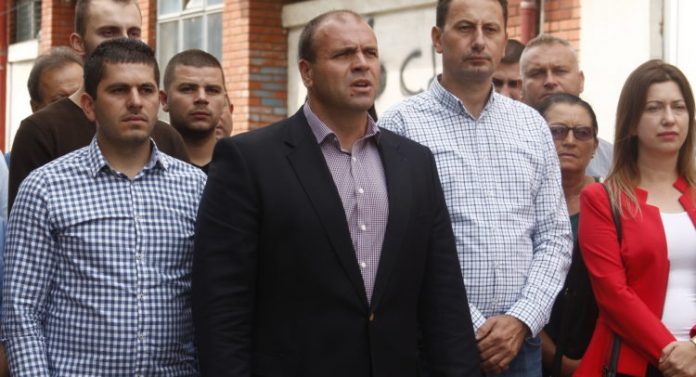 Mayoral candidate and current Kumanovo Mayor Maksim Dimitrievski, who was expelled from SDSM and who announced his independent run in the upcoming elections, commented on the current situation and relations in the party in an interview with Sitel TV.

He stressed that along with the citizens he goes to victory and return of the social democratic thought and idea and defeat of the court games, clientelism and the lucrative approach in SDSM.

“it is not a fight for positions, but it is much more about intra-party democracy, intra-party understanding, and the party cannot function as a joint stock company and even less as a private company,” says Dimitrievski.

He commented on the appointment of some of the SDSM candidates for certain municipalities, accusing that people who are close to the top of the leadership were nominated, and that the purge hit only those who were the loudest in the criticism.