Home Macedonia Stoilkovski: Shilegov does not have a permit, if he has one he... 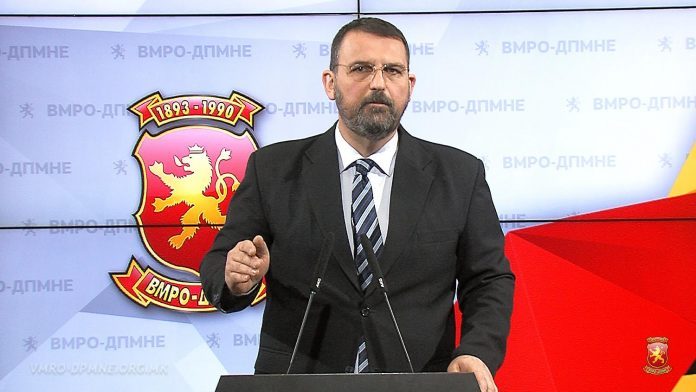 Petre Silegov was caught red-handed. Silegov’s luxury building in Skopje Karposh is illegal construction. Silegov does not have a building permit, if he had, Silegov would have shown it by now, but also his accomplice in the crime Stefan Bogoev, VMRO-DPMNE spokesperson Naum Stoilkovski said at Friday’s press conference,

The spokesperson called on them to show the permit if they have it, as well as the detailed urban plan according to which the permit would be issued.

“Shilegov does not have a permit and that is why he runs away from the topic, Stefan Bogoev also runs away, all the kidnapped SDSM runs away. Shilegov breaks the law, but Bogoev also breaks the law by protecting Shilegov. Ladies and Gentlemen, SDSM protects the urban mafia. The City of Skopje and the Municipality of Karposh must IMMEDIATELY stop the construction of the family building of Petre Shilegov and start the demolition process, without delay. If they do not stop this violence of Shilegov, SDSM, Bogoev will prove that they are part of the urban mafia. Nobody in the neighborhood where Shilegov lives and where he builds the family building in this urban quarter called Z 04, can’t have a house higher than 8.8 meters, i.e. ground floor, floor and attic. Only Shilegov illegally adds two whole floors. Violently, by abusing power, Shilegov devalues the property of his neighbors, devalues the labor of those who honestly build and are engaged in construction,” said Stoilkovski.