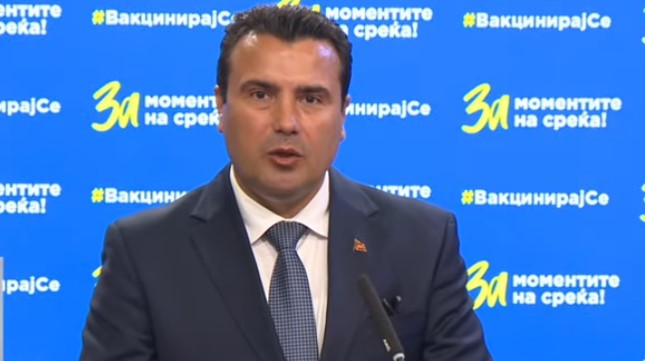 Prime Minister Zoran Zaev said on Friday that Bulgaria will probably hold third parliamentary elections at the same time as the presidential elections, after which a new Bulgarian government will be formed and discussions can take place for finding a solution to unblock the start of North Macedonia’s EU accession talks.

“Having all this in mind, I expect we’ll resolve all issues by November or December. As I said, we have guarantees through deadlines and relevant institutions to enhance the efficiency of Friendship Treaty implementation. Moreover, we’re ready to accept both diplomatic notes, the first of which refers to the fact that North Macedonia is the same as Republic of North Macedonia, meaning we have no territorial aspirations towards any of our neighbors, including Bulgaria, and send them to the EU, Bulgaria, other neighbors and the UN,” Zaev told reporters.