Home Macedonia Head of the Tetovo COVID center: It’s strange that everything was gone... 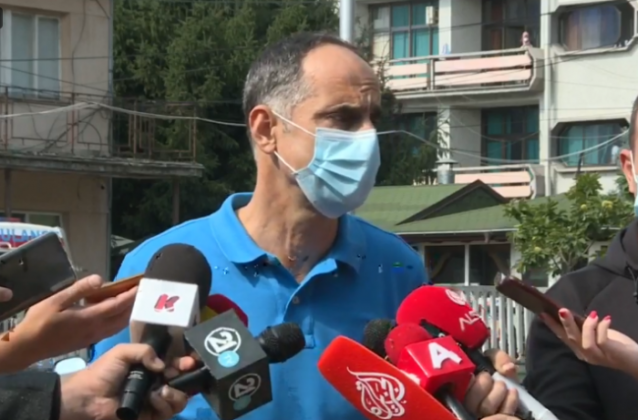 Coordinator of the COVID modular hospital in Tetovo Gzim Nuredini said on Friday that the entire modular hospital burned down in three minutes, which is a strange circumstance in the tragedy in which 14 patients lost their lives on the spot and another 12 were seriously injured.

“It only lasted three minutes, I came in three minutes, and everything was over. We are not experts and that is why at night we asked the public prosecutor, the Ministry of Interior to intervene. It was strange for us to have an entire object on fire in three minutes and only iron left. Even if it is dry wood, it will not burn like that,” Nuredini said.

The dead were sent to the Institute of Forensic Medicine because they were burned beyond recognition. Those who were rescued were without any possession from the fire and were immediately transported to the Internal Clinic at the Tetovo Hospital.

Nuredini said visits were not allowed, and that all wards were notified of visits to COVID-19 patients.