Home Macedonia Zaev will wait for the investigation to end, then decide whether to... 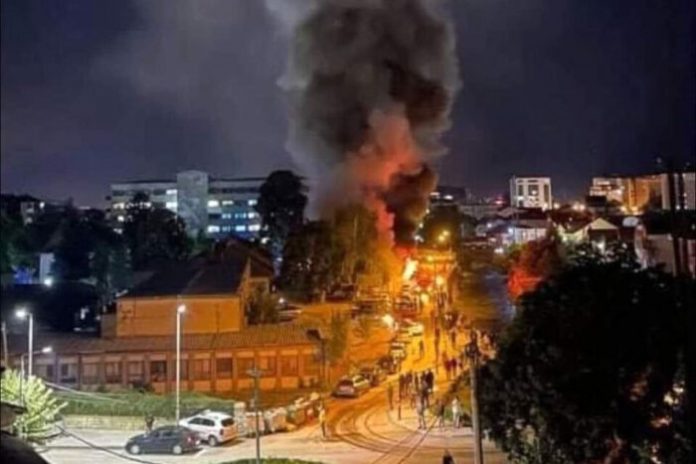 Prime Minister Zoran Zaev, who appeared in public almost 24 hours after the announcement of the resignation offer from the Minister of Health, as well as the resignations of his deputy and the directors of the hospital in Tetovo where 14 people died in the fire at the COVID center, says the decision for the resignations will be based “exclusively on the facts” he receives from the investigation and appeals to institutions for a quick and thorough investigation.

“I accepted the resignations of Health Minister Filipche, Deputy Minister Hasani and the directors of the Tetovo hospital Besimi and Etemi and I understand them as a high moral and ethical act and as a demonstration of integrity and responsibility that is inevitable in such major accidents.

Investigative and judicial authorities are conducting an extremely thorough, professional and prompt investigation that must determine in detail the causes of the outbreak of the deadly fire. Forensic experts from the German Federal Forensics will also contribute to the expertise and credibility of the investigation, for which preparatory reconnaissance and activities are already being carried out and for which I express my gratitude to our NATO ally, Germany,” Zaev said in a statement.