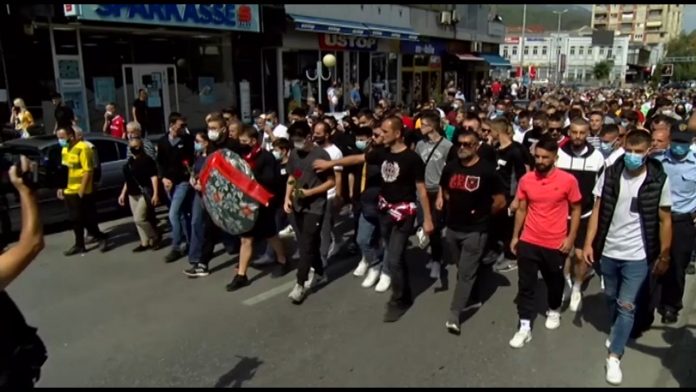 As previously announced, on Saturday in Tetovo, starting at 1:30 pm, a protest march was held in honor of the victims of the fire in the modular hospital in Tetovo.

The organizers of this protest march were the local fan group “Ballisti”.

The march was peaceful, starting from the central city square and ending in front of the hospital in Tetovo. A river of people came out and joined this protest march paying tribute to the tragically lost lives.

Arriving in front of the burnt-out modular hospital, a representative of the march organizers and some others present asked the police officers standing in front of the hospital to let them through the lane to lay out the wreath.