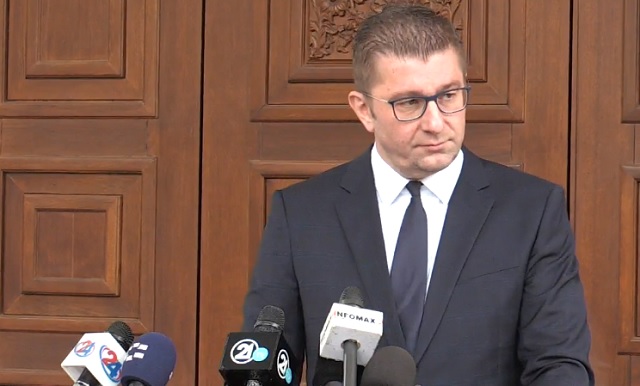 Conducting the census is problematic, said the leader of the opposition VMRO DPMNE Hristijan Mickoski during his visit to Tetovo, where he met a family who lost their mother in the Tetovo modular hospital fire. According to the opposition leader, the government does not have the ability to successfully conduct the census.

“From what I know there is a lot of turbulence many flaws in the system, the system crashes, people are being sent back, the equipment is being sent back, the number and the dynamics that is implemented in the field from the limited amount of information we receive unofficially of course does not guarantee successful implementation of this statistical operation. It is a result of an incompetent institution and the Government, so we should not delay the problems, but remove them surgically and precisely, and that will happen in these local elections”, said Mickoski.