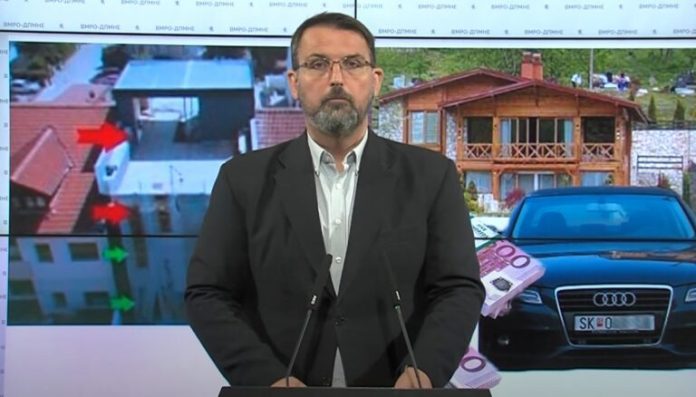 Simple math says that Petre Shilegov increased his property by almost half a million euros while he was mayor of Skopje. It is a disproportionate growth of Petre Shilegov’s luxury with his income as mayor in these four years. His law firm, where he does not work and with which he must not have a contract for consulting services, ends 2019 with a profit of only 5,000 euros, accuses VMRO-DPMNE spokesperson Naum Stoilkovski.

Stoilkovski says that after the elections there will be a revision which will determine:

Does Shilegov have any permit at all and was it necessary for the documents to be changed later in the Cadaster, on a non-working day?

Do the companies that are building the addition without a permit have anything to do with the tenders of the City of Skopje during Petre Shilegov’s term?