Home Macedonia VIDEO of the arrest of Blerim Ahmeti after the protest in Tetovo... 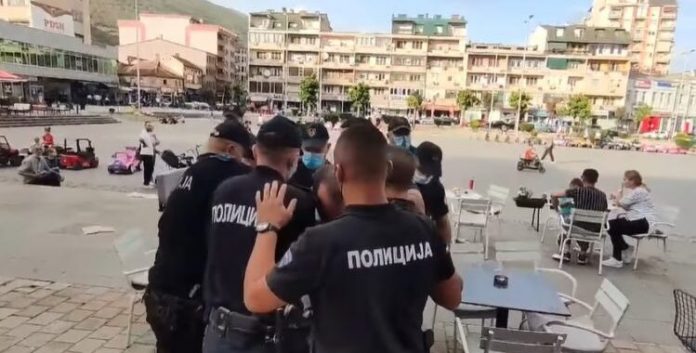 Police have arrested Blerim Ameti, organizer of the protests in the city of Tetovo, reports Shenja TV.

As can be seen in the video, Ahmeti is sitting in a café bar, and at one point several police officers barge in and, as can be heard from the same, say “you have to come with us, you have been arrested”, at one point he addresses the police officer he is talking to, “I understand this as a dictatorship”, to which he replies “no, no, there is no dictatorship here”. After a short conversation with the police, Blerim Ahmeti was handcuffed and taken to the Tetovo police station.

Protests were held in Tetovo on Saturday, demanding responsibility for the tragic event in the Tetovo modular hospital, where 14 people lost their lives.