Home Macedonia The organizer of the protests in Tetovo was arrested while being interviewed... 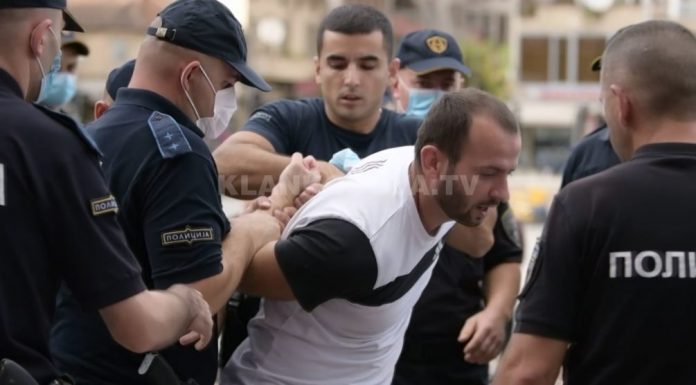 Blerim Ahmedi from Tetovo has been remanded in detention for eight days after he was arrested on Friday while being onterviewed by Kosovo TV Klan Kosova.

While giving the interview, the Macedonian police intervened and arrested him as the organizer of the protest that took place the same day earlier in Tetovo, demanding justice and responsibility for the victims of the fire in the Tetovo modular hospital.

His lawyer informed that he is charged under Article 384 of the Criminal Code, which provides for 1 to 5 years in prison.