Home Macedonia Dimovski: VMRO-DPMNE will have a significantly higher number of votes, mayors and... 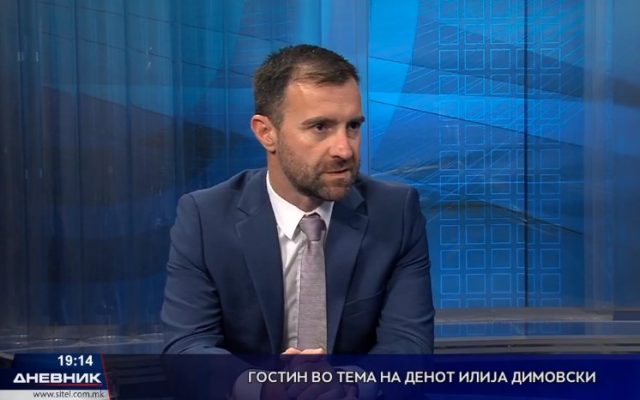 There is no doubt that VMRO-DPMNE will have significantly more than SDSM at the national level, I say generally and that will be the process that will open the delegitimization of this government, said former VMRO-DPMNE MP Ilija Dimovski.

“These elections, as local elections, have a great arithmetic of votes, meaning a majority system, it is not proportional, voting for mayors and lists, in addition to voting for the City of Skopje. For the first time we have a coalition with the Albanian parties of the two Macedonian political blocs. “In any case, I think that in all comparisons, both in the number of councilors and in the number of votes and in the number of mayors, VMRO-DPMNE, i.e. the opposition, because a large coalition of over 20 political parties will take the lead,” Dimovski said.

According to the former opposition MP, VMRO-DPMNE will achieve a significant victory in the capital Skopje and Skopje municipalities, adding that the capacity of the government in terms of implementation of projects, affairs, scandals and poor economic policy was seen.