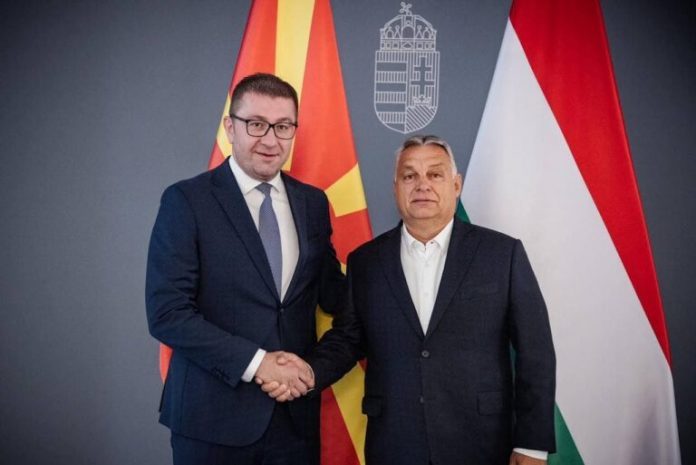 VMRO-DPMNE leader Hristijan Mickoski and his deputy Aleksandar Nikoloski met with Hungary’s Prime Minister Viktor Orban to discuss current topics, such as the COVID-19 pandemic, the migrant crisis in the Balkans and Macedonia’s stalled EU accession process, where Prime Minister Orban expressed strong Hungarian support in starting accession talks. The interlocutors exchanged views and stressed the importance of supporting joint initiatives such as the Future of Europe, which will provide perspective and new opportunities. The President of VMRO-DPMNE, Mickoski pointed out that Macedonia in recent years the government has an extremely weak performance in tackling corruption and improving the economic environment in the country, which is recorded and pointed out by our international partners. This is primarily due to the lack of capacity and will of the government, but it was pointed out that Macedonia and the Macedonian people deserve the opening of the negotiation process, because the reformist political forces led by VMRO-DPMNE will soon have the opportunity to implement fast and urgent steps to move closer to European standards.

Mickoski pointed out that the country must have fully defined goals and that citizens deserve a future based on change, reform and new successes.

The interlocutors emphasized the excellent cooperation between the two sister parties and pledged the support to continue to develop and improve.