Home Macedonia Why government officials allowed the construction of a hospital that does not... 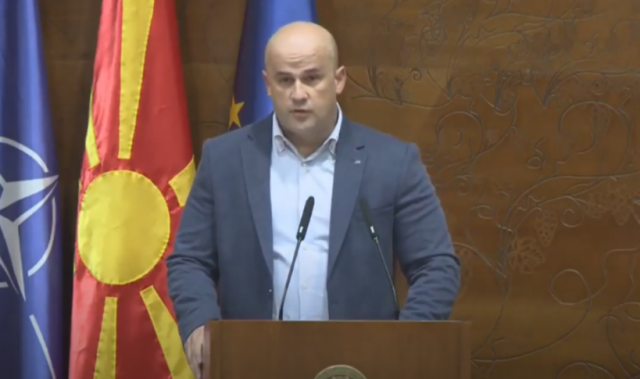 Instead of moral responsibility and resignations, and then an impartial investigation, we see the government partners SDSM and DUI blaming each other for who should take the blame for the accident in Tetovo, in which 14 people were burned alive. ZoranZaev publicly admitted that the modular hospital in Tetovo was built without a building permit and without the necessary statics, which are needed for all normal facilities, said Aleksandar Veljanovski, MP of the VMRO-DPMNE parliamentary group.

He assessed that it is shameful and absurd that the Prime Minister ZoranZaev compared the assembly hospital in Tetovo with the construction of summer terraces and bars.

“Such a scandalous statement by Zaev is a clear confession with which he should have been summoned to the Public Prosecutor’s Office by now, because according to what he said, it is only a matter of time before there is an accident with the hospital in Tetovo. Let’s remind you, at the moment there are 18 more modular hospitals built on the same principle with the same materials, which are obviously a time bomb and a potential danger for patients,” Veljanovski said.

The MP pointed out that SDSM and DUI, blaming each other, reveal that there was no proper supervision of the modular facilities, there was no fire protection system, no technical reception, no certified materials, there was nothing that would guarantee patient safety.

“This is outside all norms and regulations, this is unprofessional and non-contractual work by the competent authorities. From everything that has been made public so far, it is clear that SDSM and DUI and no one else are to blame for the omissions,” said the MP, demanding answers why the authorities allowed the construction of a hospital that had no basic standards and was made of highly flammable materials.