Home Macedonia VMRO-DPMNE to compete in upcoming elections under the slogan “Create a new... 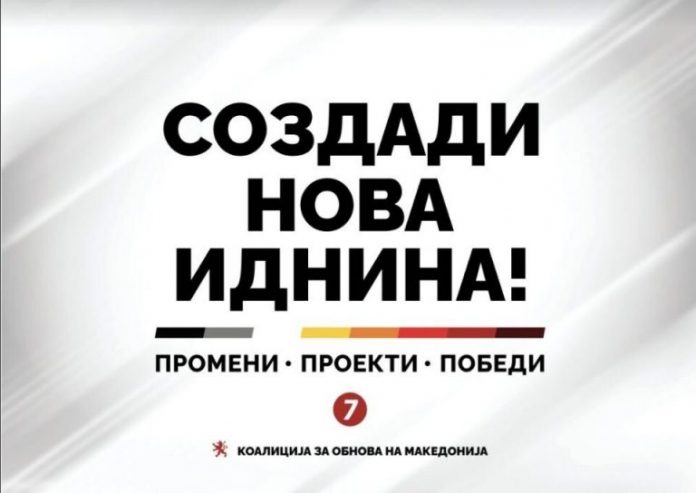 VMRO-DPMNE leader Hristijan Mickoski at a press briefing on Thursday revealed the slogan that will present the party in the upcoming local elections “Create a new future – change, projects, victories.”

In the upcoming local elections on October 17, the opposition VMRO-DPMNE will run under the aforementioned election slogan, awaiting confirmation of the public opinion polls published in the past period and victory in most municipalities.

The opposition leader Hristijan Mickoski expects that VMRO-DPMNE, at the very least, will have the same election results at the municipal level from the presidential and the last parliamentary elections, in which the party won in 39 municipalities and in the City of Skopje.