Home Macedonia T.Dimovski: The resignation of the Health Minister is a marketing trick, 14... 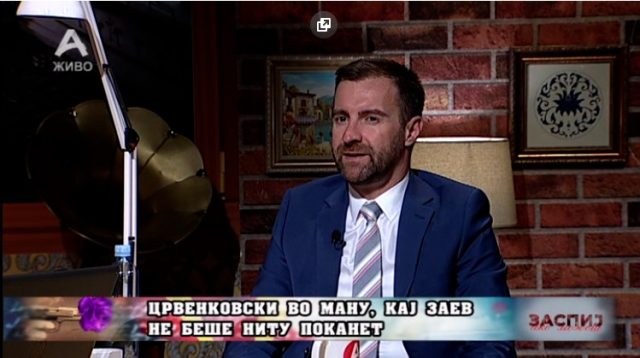 Obviously we will enter the process of shiftingblame,i.e. we have already entered. The Ministry of Health probably shared information with certain media today with certain media, which are of internal character, and for which we do not have all access as public documents, and that is the plans for construction of modular hospitals where they locate responsibility for fire protection. for maintenance, putting into function of the communal inspectors, the municipalities and the directors of the hospitals where these cohesive modular departments were made, says the former MP IlijaDimovski in an interview with Alfa TV.

According to Dimovski, the resignations of the Minister of Health and the Deputy Minister are a marketing ploy, adding that not only moral responsibility, but also the case of the tragedy in Tetovo will have to be answered politically and criminally.

“It did not take long and the municipality of Tetovo reacted obviously that it would not accept such directed guilt and shifted the responsibility that the entire project was under the jurisdiction of the Ministry of Health. It is unfortunate that so far we have not accepted nor have moral responsibility and that is the first degree. What with the resignations of the directors in Tetovo and the minister and the deputy minister, I think was just a marketing game, a trick to prolong the time in which they will manage what they should do as state institutions. Moral responsibility would be an irrevocable resignation, that is moral responsibility,” said Dimovski.